Get fresh music recommendations delivered to your inbox every Friday.

from The Wheel & The Alphabet: A Tribute To Karl Hendricks by Various Artists 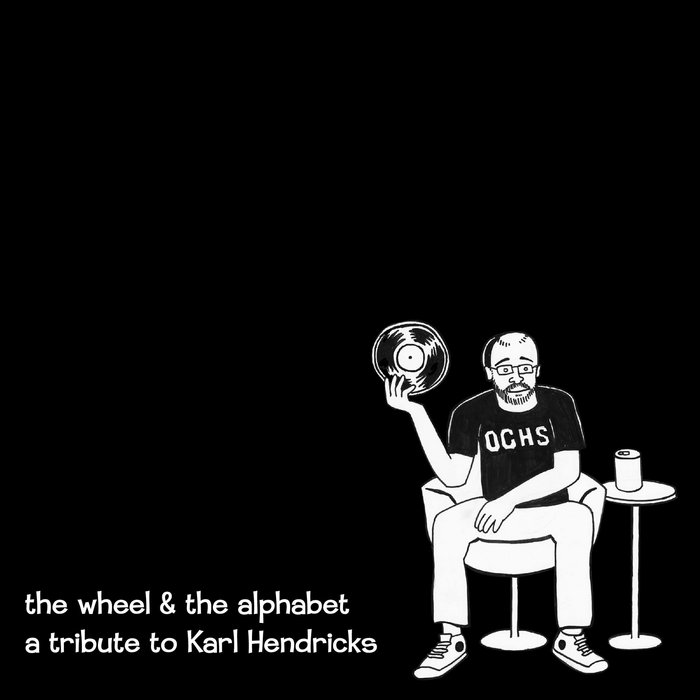 I first saw Karl Hendricks live at the Star Lake Amphitheater in 1993. He and the trio were performing on Lollapalooza's second stage. This was Lollapalooza 3. I think the Chili Peppers and Tool were the big bands? I don't remember very much about any of the big stage acts, but I remember Karl. He was this slight, geeky glasses wearing dude with a super loud and super weird looking guitar.

I feel like no one but me and friends were watching him, but there were probably a thousand of us in actuality, given how much space there was even at the second stage. It seemed secret and cool to be surrounded by all this BIG TIME REVENUE GENERATING ROCK CULTURE and to see these local mild mannered weirdos playing eardrum shattering pop music. I mean, all this GRUNGE/ALTERNATIVE stuff was supposed to be for weirdos by weirdos, right? But over on the lawn was every meathead from my high school singing along to "Under the F***** Bridge." I mean, I have *nothing* in common with Anthony Kiedis, but I when I looked up at Karl I saw a version of a rock singer that I could imagine myself being.

"Dead Flowers" is the first song on the KH3's first album and is, I think, a total masterpiece. To this day, when I listen to it I can't believe how amazingly well put together it is. Each time it switches from verse to chorus or back it adds something. First it's just guitar and voice. Then rim shots. Then the bass. Then a tambourine and toms. Then the second guitar comes in with the whole kit. But it ain't some huge rock sound at this point, just fuller. And after it gets to the final outro verse, instead of blowing things up totally, the change is simply that there is drum fill on the snare. This fill is I think, one of the great moments in indie rock drumming! It totally makes the song. And at no point do the guitars explode. They play palm muted the entire song. The whole thing is just massive exercise in *waiting for it*. And *it never comes*. Which is of course what the song's (weirdly overtly sexual!) lyrics are about.

Since Karl died, we figured we should learn one of his songs and "Dead Flowers" has always been my favorite one. So we learned it and then we had this opportunity to put something on this benefit for Karl's family so we recorded it with Sam Pinola. I screw up the lyrics a bit and our version lacks all the subtlety of the original. Ours is just a typical quiet/LOUD thing, like we always do. It sort of misses the point, I guess. But it's rocking, anyway, so there's that, even if some other things are missing.

from The Wheel & The Alphabet: A Tribute To Karl Hendricks, released March 8, 2017
Howling Fantods - "Dead Flowers"

Comedy Minus One New Jersey

Comedy Minus One is a record label.

We are located in Mercer County, New Jersey.

Bandcamp Daily  your guide to the world of Bandcamp